Due to COVID19, we do not intend to hold an AGM and with changes to the way Worcester City Council funds us, we intend to hold a Special General Meeting using Zoom on Monday, 20th July 2020 at 19:30 to:

Do you want some ongoing funding for your organisation? Why not join in with the Worcester Community Lottery?

Recognising Brenda Sheridan’s contribution to WAC over many years. 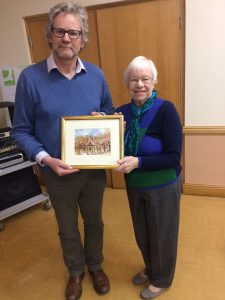 The remit of Worcester Arts Council is to ‘promote the arts in Worcester.’

One of the ways we do this is by awarding grants of up to £500. Some recently approved grants include:

Also the Sunny Art Centre, one of the leading galleries exhibiting artists’ work on a global scale are offering A Pop Up Fair in London for local artists